What Happened To Heroes & Heartbreakers from MacMillan Publishers 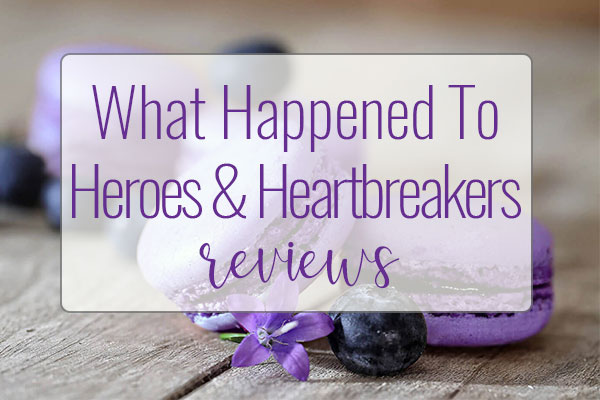 Since then there’s been a lot of speculation over why and sadness over the loss. However, I would see it as a positive and an opportunity to create something new and EVEN BETTER.

And that person could be you!

Comment below and let me know where you’re now going for your Romance Book News & Gossip!

Have you been wondering why Heroes and Heartbreakers shut down? Well my theory is that it’s simply a matter of finances, and time, and effort. It just wasn’t giving them the ROI that it could, and they needed to cut some things from bottom line that weren’t directly impacting revenue.

Now any time you are running a website, a platform it had … I believe they took in stories where you could submit to them. They had features. They needed to coordinate with tons of different authors, and book cover designers, and other people in the department on what needed to go out. Pre orders, and TV shows. They had a community that was pretty active that needed to be, for the most part, policed, and managed, and facilitated. They had shopping lists. They had to keep this website up to date and current, and they probably had to answer a ton of questions from visitors on just where do I find stuff, or who’s who, or what’s going on.

So that takes a lot of money to keep something like that running. Now if you remember earlier McMillan a few months ago had purchased Pronoun and put that out of business as well, for the same reason. It just cost them too much money to keep that running. I don’t think this is an overall indication that McMillan doesn’t like romance writers, or their romance division, or the community. It’s simply just a matter of they don’t have enough dollars.

I’m sure other people were cut inside of McMillan. It just isn’t as visible to us in the writing community, because maybe that was an accountant, or that was an HR coordinator, or receptionist, or something else. So, I definitely wouldn’t read to much into this. Instead as an author, or as an editor, or somebody else in the community or a book tour, I would take this as a great opportunity for you to start your own platform, and maybe create your own community because clearly there was a need for it, and people loved this, and wanted to go there. Now I think it just opens up the floor to anyone else to step in and take that position.

Actually, probably make it better because you don’t have any bureaucracy, or red tape, or people you need to check in with for permission to post and publish the things that you want to do. That’s my challenge to anyone watching this, and who’s sad about Heroes and Heartbreakers going away.

Go ahead and leave a comment below, and let me know where you now go instead of Heroes and Heartbreakers for your book information related to romance novels.

All right, I hope everyone’s having a great week, and I will talk to you guys later. Bye.