Tropes I Hate + Top 3 Tropes That Have Trended Out 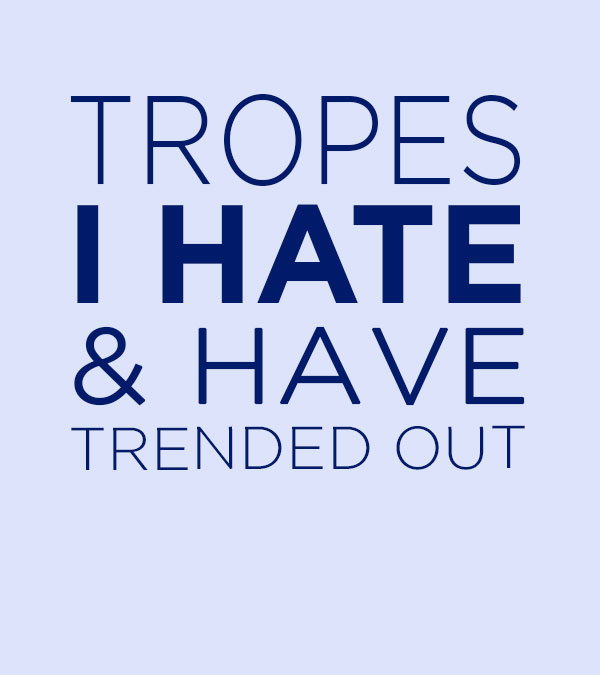 Hi everyone. I’m Lisa bestselling coauthor of the Snow & Her Seven Seals series. And on this channel we talk all about romance writing specifically for Newbie and aspiring romance authors. So if this sounds like you are something you might be interested in, make sure to hit the subscribe button below. I post new videos every Monday. To. Of all, what is a romance trope? Well, it is simply a literary device to bring two characters together for the purpose of love. There needs to be a reason why these two are crossing paths, why they are coexisting in the same sphere of the universe, why they are always running into each other because previously they were both leading separate lives independent of each other. Even if they worked in the same building or lived right next door to each other, there would be no reason for them to be physically around each other and then obviously building a romance.

Now today we’re going to only talk about the top three that have trended out because just like people tell you maybe not to write to trends, if you don’t write fast, you should definitely not right these trends at all, no matter what your speed of writing is. However, if you want to know what the top 10 most popular romance tropes are, I have a totally separate video and I will leave a link below to that and it’s called the top 10 most popular romance tropes. Alright, so the first one is the bad boy billionaire who is a really strong alpha male. Maybe he is a playboy or all of the above and the girl who comes along and is able to break through that ice exterior. These are so gone. You don’t even want to go with a billionaire route. Not that your guy can’t be rich and a billionaire, but that shouldn’t be the trope going on.

And those also have just gone away. So no more tattoos, no more rich billionaires and suits and no more step siblings getting together. Now, which three do I personally never ever write? These haven’t really trended out. In fact, they’re kind of popular. Uh, the first one is second chance romance. And that is when two people broke up, moved on with their lives, but for whatever reason, maybe she went back home to our hometown because her, her relative, her mom or her dad is sick, or the businesses having troubles. So she’s coming back home to save it. And Oh, by the way, there’s her high school sweetheart, or the guy that left her at the altar and they get back together. And personally I think this sends a wrong message to women everywhere that they should just not move on with their lives. They shouldn’t move forward.

And after the breakup they should just keep the flame going and hope that this person and her cross paths again and they can get back together. I think this is the worst romance trope in the entire world, whether it is fiction or it is real life. Um, so I personally never watch it. I never write it. I don’t even mention it. None of my couples or any of the surrounding supporting cast of characters would ever get together like this. Now this second one is going to be secret babies. So I also don’t believe in secret babies. I don’t think women should have babies, keep it a secret from the father for whatever reason. Runoff raised the child for two, three, five, 10 years, whatever it is, and then come back later and finally tell him because they are either forced to or they decide it’s time to tell them or the daughter, our son wants to learn more about their dad and then they act all surprised that the guy is angry.

Of course he’s angry. I don’t know. This whole secret baby thing to me is just wrong. Maybe it’s because I’m personally I’m adopted so I don’t know honestly who my real parents are, but I would like to think that my real, I shouldn’t say real, but my biological father at least had a chance to know and then made a conscious decision to give me up for adoption versus like there’s just somebody out there in the universe that doesn’t even know that I exist. Like I just think that is unfair and not at all romantic. And the third one is recycling your best friend’s ex or your sister’s acts. I don’t get this like does anybody listened to the girl code anymore? There are billions of people in the universe and this is the one guy you want is the one that didn’t work out with them.

Even if she’s no longer in love with them. Just find somebody new. You don’t have to be with this person. That is that. There’s no such thing as soulmates. You can have many people that you can get along with and be very happy with. So maybe I’m giving dating advice right now, but I don’t think this is a good romance or sends a good message to anybody, especially because I don’t believe in second chance romance. So I would like to think that the reason that someone is moving on so that they can move on with their lives and if their best friend in the whole world or their sister is now married or dating their x, how can they really move on and why didn’t it work out with the first person? Like these are things that I personally as a reader and a writer and just a person in life don’t like.

So let’s recap this list. So the first few were things that have trended out and that is the bad boy, billionaire, the stepbrother, and the Tattoo Guy, and the top three that I really wish would trend out just for my personal branding and reasons I would never write about his second chance, romance, secrets, baby. And the third one is taking recycling your best friends or your sisters x. all right, so that is the list for today. Make sure to go watch the 10 most popular romance tropes if you did not see that. And I hope everybody is having a happily ever after day. And I will see you guys next week. Bye.