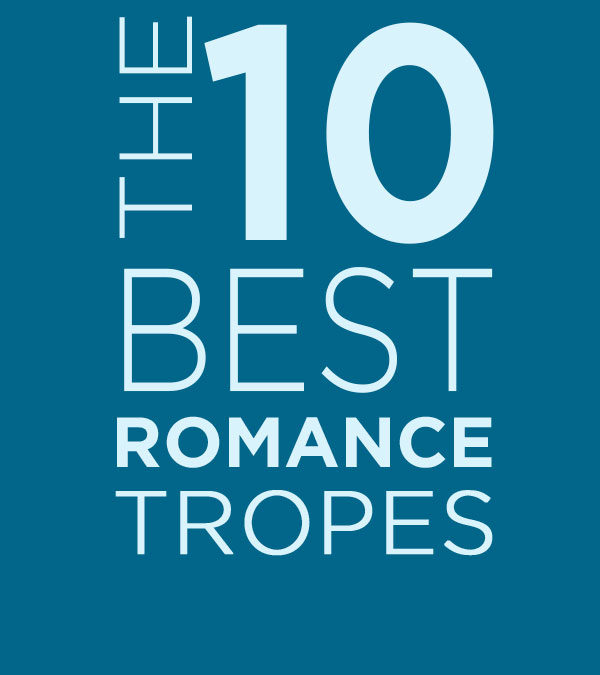 Wondering what the 10 Most Popular Romance Tropes are? Then watch today’s video where I lay them all out for you.

How did I put this list together? I went partly by feeling but I did tally up some hard data by tracking the last 3 months of: 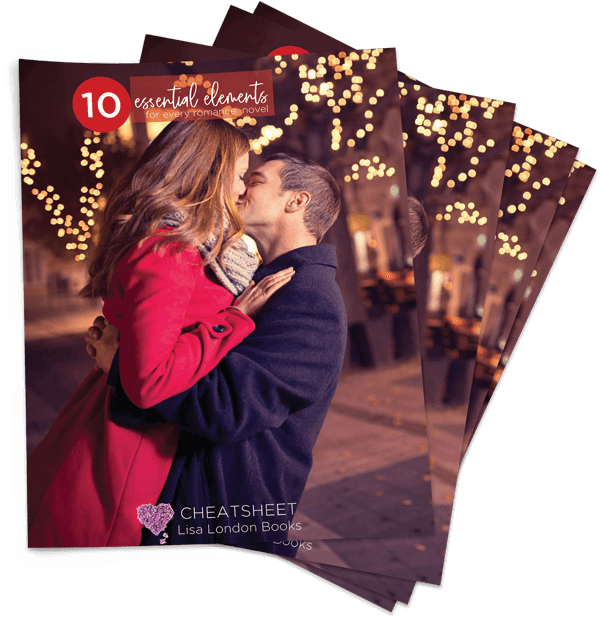 FREE DOWNLOAD The Top 10 Essential Elements of Every Romance Story

It’s 13 pages of awesomeness filled with

Let’s talk about the 10 most popular romance tropes and also why they’re important and why does she even care about them.

Hi everyone. I’m Lisa bestselling coauthor of the snow and her seventh seal series. And on this channel we talk about romance writing specifically for a Newbie and aspiring romance authors. So if this sounds like you are something you might be interested in, make sure to hit the subscribe button below. I post new videos every Monday. Let’s take a step back and just talk about what is a romance trope. Before we get into why it’s important and finally get into the top 10 most popular list. Romance trope is simply a literary device to bring two characters together for the purpose of love. There needs to be a reason that you’re a hero and heroin are going to cross paths are commingling or existing within the same sphere of the universe, also known as the setting of your book. They, if they’re not together and that means physically together, whether they are working together, they’re traveling together, a or they’re socially functions together, then how are they possibly going to fall in love?

Now why should you want to use a romance trope because it’s a great way to find readers, so just like before in my other video, which I’ll leave a link to below the all of the romance sub genres, readers, literary agents and acquiring editors will seek out specific sub genres, but they will also seek out specific romance tropes and because they’re kind of tried and true, just like the sub genres, people have a certain familiarity with them and it also brings a certain sort of type of happiness to them. Right? So if someone loves the friends to lovers trope, maybe that’s their romance in real life or someone they’re pining away for something, they just like watching or reading, then they were going to be instantly attracted to your book. Now the top 10 that I came up with were based on just my assessment of a collection of what a lot of literary agents are asking for as well as what I am seeing pop up across the best seller list.

So the first one, and again this list is in no particular order, his friends to lovers. So I mentioned that before, these are two people that have a seemingly playtonic relationship. Maybe it’s your best friend that you never thought of in a romantic way as a dude, but now they seem to be the perfect boyfriend. The second one is enemies to lovers. So these are two people who are necessarily opposites. Maybe they’re both chefs, so they both have restaurants across the street and they’re competing with each other or they’re both at the office. They’re both analysts applying for a management position, so they’re not necessarily opposites attract, but sometimes I think people think when they think of enemies to lovers, there are simply people that for whatever reason, don’t like the other person but eventually fall in love and because maybe they’re in a competition setting, which is usually normal for the enemies to lovers, they end up interacting together a lot and possibly even helping each other.

The third one is the opposites attract. So that is again, could or could not be the enemies to lovers, but these are people that would never really probably get together. If you were a matchmaker, you would for sure never set these people up. Maybe someone is very like in the country, loves camping, loves being in the outdoors. The other one loves air conditioning and they love going for afternoon tea and they like only wearing Prada or shopping at high end luxury stores, so you would never put those two together, but maybe for whatever reason you put those two together and they end up falling in love with each other. The fourth one is the fake fiance, so sometimes there is a will from a very eccentric aunt or uncle leaving the daughter or whoever is supposed to get this fortune or this huge mansion. A a great fortune inheritance, but they can’t get the inheritance and less.

It’s a crazy condition that they are engaged or they’re married to someone special and because they’ve been living this great single life, they have nobody around. But for the purposes of this, they are going to ask a friend or somebody or some coworker or somebody who needs a favor from them to do this favor for them. And so because they have to be together all the time, they ended up falling in love. I’ll stop saying that. I keep saying that you know the point of a romance novel and the fifth one is mistaken identity, so mistaken identity could be twins or it could just being in the right place at the right time and a popular one is where you are waiting for a date, like a blind date that you were supposed to meet somewhere, the blind date, original blind date. Either no shows or go sir, who knows what they don’t show up, but you happen to be sitting there.

They mistake you as that person, but you’re so smitten with them because they’re so good looking and they seem so excited to see you. You don’t correct them and tell them who you really are. So the whole trope is you pretending to be this other person but not wanting to get found out, but knowing that you have to tell them eventually. So that is that true as well as number six, which is very closely related, which is undercover. So maybe you are a private investigator or you are doing Pii work, but you are pretending to be somebody you are totally not or acting in a capacity that you aren’t really. And there was a popular movie back in the eighties called working girl and she had taken over for her boss and fallen in love with this new client and the client had never met her boss, so just naturally assumed that she was the boss and obviously it all ends up blowing up in your face, but you find out the guy truly loves them because they just know them as a person and they’re not too worried about that identity.

And usually the identity is something glamorous and wonderful and they just don’t want to reveal who they really are, which is maybe someone who is from the wrong side of the tracks or someone who’s a single mom with kids or something. Uh, the seventh one is, am Nisha. So the, there was a remake recently of a Goldie Hawn movie with, I think the original was Kurt Russell. But I could be wrong. It’s called overboard and she has am Nisha. And when he picks her up, he lies to her and tells her she’s somebody else, or possibly it’s just someone who stumbles into town, gets into a car accident, wakes up with Amnesia, and then some nice guy decides to help them out and take care of them. They fall in love and then obviously maybe she has a boyfriend waiting in the rings or some other kind of life.

So it all is going to blow up as well at the end when the truth comes out. A number eight is made to December. Now I was really confused by this when I used to hear this term. I’m like, what holiday happens in May. And then again in December, may to December romance just means there’s a huge age gap. So if it could be an older woman, younger guy, or vice versa, it’s typically not the situation where it’s a cougar with an older woman. It’s usually the other way around where it’s an older guy with a younger woman. Maybe he is a, um, you know, sugar daddy or something else. But this is a major December romance. Number nine is dating your best friend’s little sister. Now again, this isn’t an xx situation where you’re dating an ax. It’s two dudes that are besties and being the little sister was off at college or she was studying abroad or she was working over in another city and then all of a sudden, five, 10 years later, fast forward she comes back, she’s like a fully grown woman and she’s super attractive, or maybe it was an ugly duckling situation and now she’s grown up into this beautiful swan and now he’s interested in her.

Uh, the 10th is the difference between the rich guy and the poor guy. So it’s are the poor girl. So, or vice versa. So it’s the wrong side of the tracks. So typically you have someone who says you shouldn’t. Their parents say you shouldn’t date that person, they’re not from our world. And vice versa. So the notebook was really popular for this and you’ll see the parents say they aren’t part of our world, they’re not part of our upper class and you’re just going to water down your reputation. And all the hard work that I have done to elevate you and put you into this wonderful situation in society by dating this port guy. Uh, so the other part of that, that is the, um, the TV show is heart of Dixie. Same thing. She had a secret father in this tiny town, but her mom brought her to New York and you know, married or was already married, I think she was.

Her mom was cheating, uh, to a Brit, very prominent New York surgeon versus this small town doctor. So again, it was wrong side of the tracks trying to keep her there and didn’t want her to date or even be in that tiny small town. All right, so let’s recap that list because there was a lot. The first one is friends to lovers. The second one is enemies to lovers. The third is opposites attract. So some men and matchmaker would never put together. The fourth one is a fake fiance, the fifth is mistaken identity. The sixth is undercover, the seventh is Amnesia. The eighth is made to December romances where there’s an age gap. The ninth is your best friend’s little sister, obviously if you’re a guy and the 10th is the wrong side of the tracks. Love between two different classes in society. All right. I hope that was helpful and gave you some ideas. There are some other tropes that are popular, but I don’t really. Maybe I just don’t like them. In fact, I have another video that is coming out later this month on the top three trends, tropes that have totally trended out that you should avoid like the plague as well as three tropes that I just don’t find popular and definitely are not part of my brand, so I would never write those. All right. I hope everyone is having a happily ever after day and I will talk to you guys next week.