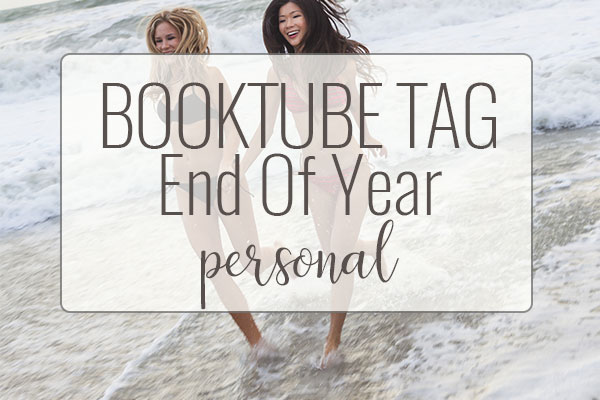 Happy New Years Eve, depending on when you are watching this. It’s December 31st, and I am happy to say, I am staying in for the night and possibly reading a book, or watching a movie, or just going to bed early. I’ve done the New Years Eve thing. It’s expensive, like thousands and thousands of dollars expensive. For the hair, the makeup, the food, the dress, going out, flying somewhere. It was fun, but I’m just as happy staying in. If you’re staying in too, girl power to just staying in and being totally okay with that. It is the end of the year book tag, and this was created by I think Ariel Bissett a few years ago.

1 | The first question is, “Are there any book you started this year you really need to finish?”

Yes, I really need to finish the HP Mallory series, because she actually disappeared for a while there. In fact, I think her website was hacked. I thought maybe no more books were coming out, so I kind of lost interest in the series, because I figured there were no more. She just announced that she’s back, so I do need to finish the Lily Harper series, which is the one where she dies and then comes back as a guardian angel doing angel-y things.

2 | Number two, “Do you have any good autumnal books that will transition into the new year?”

I actually have no idea what this means. I looked it up, and there were lists of books that might be good to read for the Fall. I don’t really understand this. Maybe it’s a Canadian thing, so I’m going to skip this question.

3 | Number three, “Is there a new release that you’re waiting for?”

Yes. It is the last book in Camilla Monk’s Spotless series, which is basically a retelling of the detective Monk, but instead of having an assistant, he’s more like an assassin that runs around and has a problem with OCD and cleanliness. She’s actually moving on to a new series, which is a paranormal series totally unrelated, and has nothing to do with cozy mysteries or amateur sleuths. She’s saying that she will create one more book for that series, so that’s supposed to come out in March 2018.

4 | Number four, “What are three books you want to read before the end of the year?”

Considering the end of the year is about in 24 hours, I’m going to say just one book. Because although I could read three, I’ll have to skim it really hard, and I probably won’t enjoy it that much. Lemonade and Lies by Agatha Frost is sitting on my Kindle right now.

5 | Number five, “Is there a book you think could still shock you and become your book of the year?”

Why yes, there is. I have gotten into parody books lately. I don’t know if you’ve ever read them, but they are hilarious. I actually have three right now on my Kindle that I might skim. The first is Game of Groans, the second is Hunger Pains, and the third is Barry Trotter and the Unauthorized parody.

Yes, I have. Now that I no longer live in New York where I’m taking the subway every day, I am trying to purchase more hardbacks and more paperbacks, because I do enjoy reading those much more than reading on the Kindle. Since I no longer am schlepping things all over town on a subway, or a bus, or walking, I can put them in a bag and throw them into the back seat of my car, thereby saving my shoulder.

Alright, tag yourself if you like this video, and comment below and let me know what you are doing tonight, or what you did tonight if you’re watching this later for New Years Eve. I’ll see you guys later. Bye.

How did we do?

If you rate this transcript 3 or below, this agent will not work on your future orders