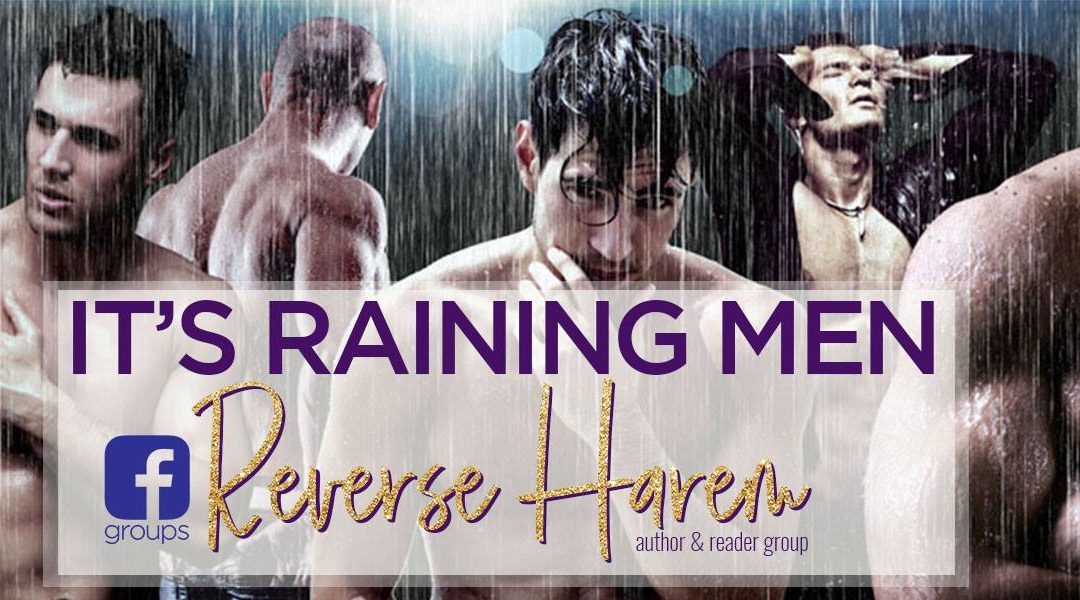 We made some scheduling changes to our FREE Facebook Group – check them out here!

AUTHORS – Sign up for a Takeover Tuesday timeslot https://calendly.com/lisasiefert/takeover-tuesdays-for-the-reverse-harem-facebook-group

[00:00] Hi everyone, so trying this again. I was live for like two milliseconds and then it shut me off. I’m Lisa and I am one of the admins here in the. It’s raining men, reverse Harem facebook group. Now. This group was actually started by Stasia black and Alana Albertson and there are also other authors in here. There’s Zara, there’s Sara, there’s Lee. I’m sure I’m forgetting someone so I apologize. But there’s a bunch of us in here so if you guys have questions just make sure to reach out to one of the admins but just wanted to make a couple quick announcements for this week and I guess for the rest of the year or how things are going to be changing in this group. So first of all I think I speak on behalf of everyone when we just say thank you so much for being here.

[00:47] We’re so excited that this group is so huge and so interactive and that there are so many great authors in here. There’s readers with a lot of great suggestions and it’s a lot of engagement and a lot of you guys are pretty funny and have a lot of really great means there. So we really love this group and being able to interact with you even though all of us are busy so we’re not always in here all the time, which is why there are so many of us. So in theory we should be covering everybody. And Renee, I forgot her name, one of the admins. Alright. So we, if you notice that you used to be able just to post all the time to anything and we really wanted it to be more interactive and like a fun place to hang out and I think getting promos and finding out about new books is always great and something that we want you to have and also something that we want other authors to be able to share with the group.

[01:40] So we just want to schedule it a little bit more so it’s a little more structured. So not trying to take anything away from anyone. Um, and hopefully you guys will like this a little better, uh, but again, we’re just going to try out this new format and see how it goes and definitely let us know your thoughts on it as we go along in the process. So new schedule is that we’re going to rotate and have themes for each day of the week. So let me check my notes so I don’t, uh, don’t get this wrong. So on Mondays we are going to do, we were going to do military Monday, but there are so many hot men in uniform, not just military. So we’re chewing men in uniform, man, candy Monday. So just post up your favorite pictures of hot guys. They saw me. Firefighters, these can be police officers.

[02:28] These can obviously be military. It could be any kind of guy in a uniform. Astronauts, I don’t know. Our astronauts sexy. Not really sure. Anybody who has a profession that requires a uniform. So that is Monday. Tuesdays are going to be take over Tuesdays. So on Tuesdays we would love to just let a, another reverse Harem author take over the group, interact, do games, have parties, do giveaways, do promos. So if you are a reverse Harem author and that’s something interested in a, there is a link below to sign up out. Two things to note. One, the signup time does say three to 4:00 PM I think, but really you have takeover of the group for the whole day. So we’ll just add you in I guess in the morning whenever one of us wakes up and then you’ll have access to post whatever you want for the whole day.

[03:20] Now the second thing is that we are not really, I’m able to come together as a group and kind of agree on everything, uh, just because we’re doing everything by messaging because there’s so many of us. So what I’ve done is I’ve set it up in calendly so you can pick a slot, give us some basic information about what book you’re promoting, what kind of giveaways you want to do, and just make sure you are a reverse Harem romance author just in case someone stumbled upon this and maybe they write cozy mysteries or thrillers or who knows what a and just wanting to promote. So once we see that you’ll get a confirmation back, usually within 24 hours and then you’ll be scheduled or that next Tuesday. All right, so that is take over Tuesdays. Now Wednesdays is Hump Day hotties, so Wednesdays just Hump Day. So we just called it Hump Day hotties and you can post any.

[04:09] It doesn’t have to be a guy in uniform, it can be anyone in any uniform, not in a uniform that you just think is hot. So we’re just going to share those pictures all day on Wednesday. And then on Thursday we have throwback Thursday. So anything goes, anything fun you have, anything you want to share in the group? Um, any past books that you read, a, obviously reverse Harem is pretty new, so these might appear old books, um, or old movies that you really liked, so anything that is just kind of in a soundcheck and fun that you want to share with the group. And the fifth day is Friday, so we’ve made that fairy tale Friday. So I know Alana and I, when we get together, we write fairy tale, a reverse Harem retellings and I said when we get together we have one book out, but we have others plan.

[05:01] So I know that there are many other books out there that do very tale retail as well. There is no weight. It is Cinderella, it is Rapunzel, it is. I’m running out of fairytale characters. Who else is there? There’s a scarlet a maybe making that up. It’s the one, the wolf, Little Red Riding Hood. So anybody who has any recommendations for some good fairy tale retellings, reverse Harem, that would be a great place to share them. It’s on Fridays now. Saturdays are sexy Saturdays. I don’t know that we’ve really defined what sexy Saturdays. So it can be kind of anything goes, you can share pictures, you could share a book, excerpts, you could share, um, covers that you really like. And then on Sundays is promo Sunday. So if you didn’t get a take over Tuesday for that week, don’t despair, you can promote to your heart’s content on Sundays.

[06:00] So basically I think what we’re trying to say is that we would really love to hear from readers, not just authors promoting their own books on every other day except Sundays, so Sundays, you know, promote your own stuff and then otherwise we’d love to hear from readers and books that they’re reading, they’re finding interesting and sharing those, uh, throughout the week. So that was it. And I hope everyone is having a great day. It’s Friday and it’s 3:00 here in California, which is why it is still bright and sunny outside. But wherever you are, it might be dark already because it’s getting really dark or winter. Um, so anyways, I hope everyone’s having a fantastic Friday and you’re all having a happily ever after day and we will see you guys tomorrow for sexy Saturdays. All right,