PREPtober Day 22: What Is Your Novel’s Black Moment 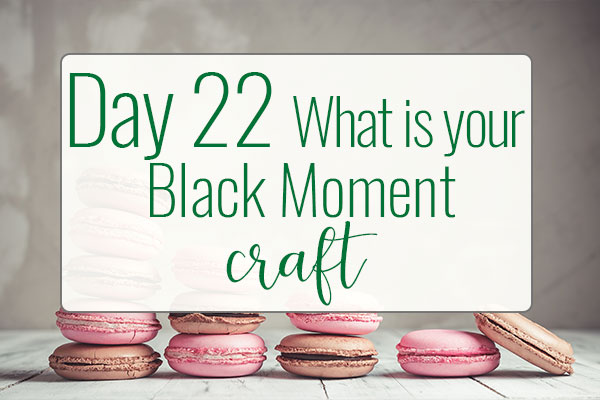 Today we’re going to review what the Black Moment is in your novel and what it signifies for your character.

Hi, everyone. Welcome to day 22 where we are talking about the black moment. Now, it’s pretty self explanatory. This is not a good thing. This is the all-is-lost moment. This is the worst possible thing that could happen to your character.Now, the important thing to remember about the black moment is up until this point, we’ve simply been threatening, hinting at, teasing about this threat, but this isn’t that. This is actually the threat that has happened. It can’t be it might happen. It’s happening.

In our example with Rose in what we’ve been teasing about is two things. One, that Cal does not want her to be with Jack. We think maybe that’s just kind of he’ll be upset. He’ll be angry. He might punch a wall. But no, he actually just wants to kill him. He has a gun, and he’s shooting at them at that very moment.

The second thing is that the ship might sink. Right now, it is sinking. There is absolutely no hope. They run into the ship’s designer. He confirms that they only have a matter a few minutes or an hour, I think it is, before the entire ship goes down. There is nothing that they can do to win this situation. That is what your black moment is made up of.

It also is made up of two things. It is both the … It’s a principal called scene and sequel. We’ll talk about this more when we talk in day 30 about scene construction, but it’s actually what happens and then the fallout from that. You want to know the event, and then the after effects. You want to all of those together, wrapped together are your black moment because you can’t simply have a bad thing happen to your character without the audience and the reader seeing that, and feeling that, and going through all those emotions of that terrible black moment. You need to do both in order to create your black moment. All right. I will see you tomorrow on day 23 when we will talk about the steps that you need to take to start creating that black moment.