[MARKETING] How To Have Camera Confidence 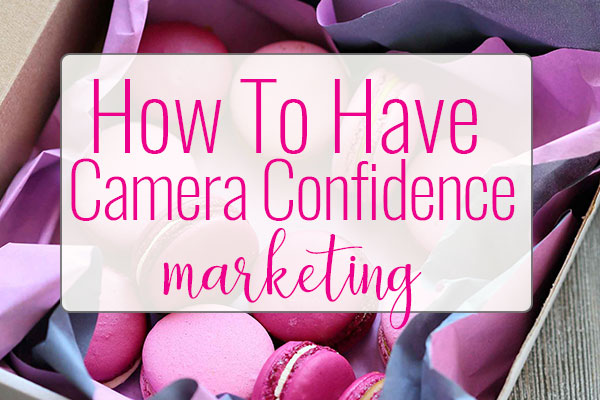 Is stage fright holding you up from joining the video revolution? That’s great! Because this is so fix-able. In less than 5 minutes, I’m going to show all the secrets the top YouTuber use to create amazingly confident on-screen personas.

2:44 6 | People know that your beginning videos are not going to be the best

Where did this download come from? A Course for Authors!

Vlogging for Authors – broadcast yourself

Hi everyone. I’m Lisa, and I wanted to give you some tips and tricks on how to get more comfortable in front of the camera. Especially, if this is what is holding you back from starting a YouTube channel, posting Facebook Live, using a video in your marketing. It’s something that’s so easy to overcome.

Now, when I thought back to how I got comfortable being in front of the camera, I’ve always been in front of groups. I’ve been an aerobics instructor for 20 years, and doing that really helped me. And I wasn’t awesome when I first started. I really just sucked for the first two years. It’s a miracle anyone came to my classes but after a while I got better. And yes, it took two years.

Your learning curve doesn’t have to be that long. You can do the same things that you need to gain confidence, just in general in life, whether you’re going on a date, you’re meeting new people, you’re going to a job interview. There’s a lot of things in life that make you nervous when you are either interacting with somebody else, or talking to a group, or just networking within a room, right?

I think, holding your shoulders back, having good posture. Sometimes, if you are nervous … when I first started blogging, I would stand up and that gave me a little bit more confidence, especially when you’re talking to a camera, which is an inanimate object.

The second thing is, to know what you are going to say. Just like when you’re networking, or you’re going to talk to a big group of people, you have a speech prepared, you know exactly … you’ve thought about questions people might ask, you’ve researched that topic, so you don’t feel like you’re making things up on the spot. And I think that will eliminate a lot of the “um,” the “so,” the “ah.” So, it’s a lot of editing and you won’t have to do more editing later on.

The other thing too is to try to make things short and succinct. So you’ll know when people have videos, if they have what’s called jump cuts, because it looks a little jumpy, which is fine because they’ve cut out all the boring parts. That’s the greatest part about video is, if you do find yourself meandering, you can just cut that out when you go to edit the film later.

Another thing that you can do too, is to pretend … and I don’t think this works, it’s never worked for me to pretend everyone is in their underwear. I don’t know where that comes from, but I think to pretend that everybody there loves you. Like they’re your parents, they’re your sister, your cousin, your best friend. They think you are amazing already. They think the words that come out of your mouth are like gold. It is like you are giving a Ted talk every time you open your mouth. People not only accept that your videos in the beginning are bad, they appreciate that you’re trying and that you’re getting better later on.

And the other things are the obvious things. You know, when you go on a date with somebody new, what do you do? You try to look your best, right? So, look your best with your hair, your makeup. And sometimes I have makeup fails all the time, especially because I wear fake eyelashes, I don’t look great. Just like you are going to be presenting in front of a room, that’s how you should treat your camera, and you should treat your videos, and your audience. And I promise they will definitely appreciate it.

Another thing to do is also just copy somebody else’s style. So, if you’re not really sure what your camera style is in the beginning, it is totally okay and completely acceptable to copy somebody else that you really like. And as time goes on, you’ll find out when you go back to watch your videos, that maybe that doesn’t really fit with your personality, that’s not really you. And you can adjust it later on. But when you’re first starting out, the scripted dialogues work best, if you don’t know what to say in front of the camera. Actually put up a … it’s not a teleprompter, but your own teleprompter of dialogue that you want to say on big pieces of paper.

The other thing too is to practice. And you don’t need to take the video on the first cut that you have. You can practice just for yourself and then play it back and see how you like it, and tweak it later. Again, like I said before, you don’t just wake up one day and you’re a concert pianist because you just decided you wanted to be. You needed to practice. Don’t even think that people are judging you. It is totally okay to not be perfect right out of the gate. It is very brave of you just to even contemplate even going on camera, so you should feel really good about that.

I hope that was helpful. Let me know if you have specific questions, or there are things you’re worried about in terms of maybe your appearance, or your voice inflection, or the content that you’re giving, and we can hopefully figure out some quick tips to get you over that hurdle.