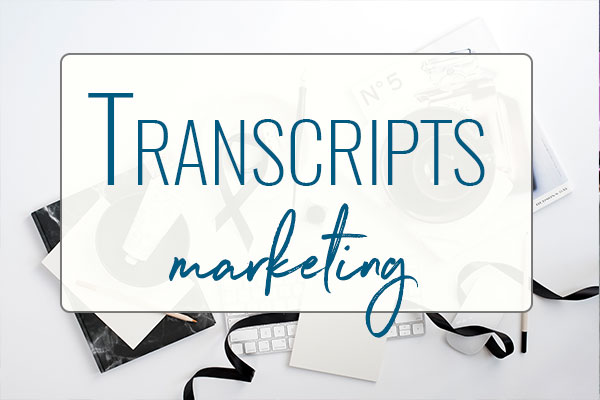 Wondering how to market on Facebook in 2018 after Mark Zuckerberg’s recent Facebook algorithm changes were announced earlier this year? Here are my Top 6 Do’s and Don’ts as well as 3 Bonus Tips on How To Excel at Facebook Marketing in 2018.

If you’re worried about all the people saying Facebook’s dead, organic reach is dead, Facebook is changing the rules, they’re getting all upset. Well, I have my top six dos and don’ts for 2018 for what you can be doing on Facebook right now, this year. Yes, that includes the latest changes that they just made to the algorithm.

Today, we’re going to be talking about my top six dos and don’ts for Facebook. Now, just to be clear, this is not going to be a rant. I know a lot of people have been really upset, and I’ve sene all the posts coming through of their latest changes that Facebook made; and that’s simply that they want more engagement. They want personal Facebook profiles to stay personable, big surprise; and for Facebook pages and news feeds will less sort of time in your news feed.

It’s kind of upsetting for a lot of us because we have author pages, business pages, or any type of business pages in Facebook. It’s not a big deal. I’m going to tell you what you can be doing for 2018 to still do really great at Facebook, and what’s working right now.

1 | For my top do and don’t: first, do get excited about Facebook’s algorithm change. This is great and amazing, because just the fact that you’re thinking about it means that you’re on top of it; and probably, your competitors aren’t on top of it. You should be excited every time Facebook makes a change, because that means it’s a new opportunity for you to get a step ahead of your competitors. That’s a big do.

A big don’t is not to go on rants or join rants, or throw a pity party, or get really upset about all of the changes that are going to on in Facebook right now; because it’s not going to do any good. At the same time, it’s going to waste a lot of time and energy that you instead could have be learning what to do on Facebook instead.

2 | Number two is do primary research. I’m not sure why this fell by the wayside, but there’s no reason you can’t do split testing, AB testing, trying new things out on your own. I know it’s crazy, just on Facebook alone, just to see what’s going on. I mean last week alone, while everybody was ranting about how the algorithm has changed. They were throwing a pity party. I was making a lot of changes to client pages on Facebook, and our engagement went up by over 4,000%. That was, to me, not a big deal in what’s going on in Facebook because my reach was going just fine by trying out new and different things on Facebook.

The other part of that is don’t watch a training of Facebook from two years ago, or even a year ago, or listen to experts that are still giving out the same advice over and over again, even though Facebook has changed.

3 | Number three specifically has to do with what’s going on. Do get personal. On your personal profile, start doing 80% personal stuff, 20% business. When you say business things, say, ‘You know what everybody? I’d really love if it you could come celebrate this new win that I had,’ or, ‘I’m really excited about my book release coming out next week.’ Don’t be really … Don’t be spammy on your personal profile. Those are the profiles that are getting deleted.

Same thing with your business page. Keep that business, and think about engagement. Try asking people questions. I know, crazy. Ask them about themselves. Get them into a conversation. Get them meeting with other people in your community. Don’t abandon your business page and say, ‘Facebook changed the algorithm so it’s not working.’ At the same time, do not send … I know there was a plethora of posts going on personal profiles of people whining and saying, ‘Facebook changed their algorithm. Can you please comment below and let me know if you got this.’ That is not the right way to test for engagement.

4 | Number four, do invest in paid ads. Paid ads are still working. Facebook is a business. They’re not going to get rid of paid ads. Organic reach has been dead for two years, so I’m not sure why anybody’s really upset that organic reach is dead. It’s usually people that are already following you. Go ahead and make sure you nurture those people that are there. Don’t get upset that you’re not gaining as many people through organic reach as you did maybe three years ago. Instead, start changing the way you reach out for new people.

5 | Tip number five, make sure you follow the three Es when we talk about getting more engagement, and getting more organic reach on Facebook. You want to be following … You want to either be educating, entertaining, or engaging with your audience through your posts, your pictures, and your videos, and your lives.

6 | Tip number six is do follow the rules when it comes to giveaways, groups, and your page. Facebook has a lot of rules. I’m pretty sure everybody is breaking all the rules right now for giveaways and groups, but that’s okay. As soon as you do a giveaway, make sure you’re checking going forward. They’re changing all the time, so each time you do a giveaway, check and see what Facebook is saying so that you don’t get upset later when you get banned or your profile gets taken down.

BONUS TIPS | I have a couple bonus tips for you because I know everyone is talking about Facebook turned my Facebook page down, or took my profile away. For the most part, the only things I’ve been seeing that happen to MLMs, network marketers. That’s when they’re doing cross-posting. What cross-posting is, is when you take the exact same post and you post it to your personal, to your Facebook page, to your group, and then to other groups.

Stop Cross-Posting Facebook can tell what you’re posting and where you’re posting it. You’ll notice if you’ve ever done this, and I used to do this in groups a lot; where all of a sudden after doing say, 10 or 12 posts, Facebook will say, ‘It looks like you’re spamming people. You’re no longer allowed to post for today.’ It will ban you for the day, or the hour, or whatever it is. Don’t do that. They have algorithms in there to check for that.

Don’t run scripts The other thing you don’t want to do on your page is to run a script, because if Facebook can detect and they can that you are running scripts on your page, they will take that page down.

Avoid stuffed links The last tip, which I really don’t think anyone is doing, but be really careful about what you are sharing in terms of news; because a lot of those stories that look like really great viral news stories, those links are stuffed with cookies. Those cookies, if you don’t know what that is, are tracking codes that are tracking people when they go shopping on Amazon, when they go shopping on Walmart. Those people who put those cookies in there are getting credit when these people go shopping, even though they didn’t mean to give them any affiliate credit. That is actually a federal crime, and the FCC is cracking down on that; so be careful about what you’re sharing.

That’s it. I hope you found that list helpful.

Let me know in the comments below what you have been doing with your primary research on Facebook, and what’s been working for you in 2018.